Anne-Sophie Mutter is a musical phenomenon: for 46 years the virtuoso has now been a fixture in all the world’s major concert halls, making her mark on the classical music scene as a soloist, mentor and visionary.
The four-time Grammy® Award winner is equally committed to the performance of traditional composers as to the future of music: so far she has given world premieres of 31 works – Thomas Adès, Unsuk Chin, Sebastian Currier, Henri Dutilleux, Sofia Gubaidulina, Witold Lutoslawski, Norbert Moret, Krzysztof Penderecki, Sir André Previn, Wolfgang Rihm, Jörg Widmann and John Williams have all composed for Anne-Sophie Mutter. She dedicates herself to supporting tomorrow’s musical elite and numerous benefit projects. Furthermore, the board of trustees of the German cancer charity “Deutsche Krebshilfe” elected her the new president of the non-profit organization in 2021. Since January 2022, she joins the foundation board of the Lucerne Festival. In the autumn of 1997 she founded the “Association of Friends of the Anne-Sophie Mutter Foundation e.V.”, to which the Anne-Sophie Mutter Foundation was added in 2008. These two charitable institutions provide support for the scholarship recipients, support which is tailored to the fellows’ individual needs. Since 2011, Anne-Sophie Mutter has regularly shared the spotlight on stage with her ensemble of fellows, “Mutter’s Virtuosi”.

Given Russia’s war of aggression against Ukraine, which is in violation of international law, Anne-Sophie Mutter has been playing four benefit concerts for its victims in March and April 2022 – and more are to follow. “Everyone can and must help now,” says the artist. “Words alone are not enough. This is a humanitarian catastrophe – we must stand with the people in Ukraine and with the refugees as well.”
Anne-Sophie Mutter’s concert calendar for 2022 once again reflects the musical versatility of the violinist and her outstanding position in the classical music world: at the Lucerne Festival, she has given the world premiere of the Air for Violin and Orchestra by Thomas Adès, which she co-commissioned. Lucerne has also seen the performance of the Violin Concerto No. 2 by Joseph Bologne, Chevalier de Saint-Georges. She performed the violin concerto Anne-Sophie, which André Previn dedicated to her, in several German cities – including at the Usedom Music Festival. Here, her appearance at the former turbine hall of the Peenemünde Power Station with the New York Philharmonic and Jaap van Zweden set an impressive signal for international understanding, far beyond German-American relations. In 2022 Anne-Sophie Mutter performs the Brahms Double Concerto together with cellist Pablo Ferrández – both with the Czech Philharmonic and Manfred Honeck as well as the London Philharmonic Orchestra under the baton of Ed Gardner. The violinist performs Beethoven’s Violin Concerto in the USA, both with the Baltimore Symphony Orchestra and Sir Andrew Davis and the Chicago Symphony Orchestra and Riccardo Muti, and in Germany with the Pittsburgh Orchestra under Manfred Honeck. Another musical focus in 2022 is on John Williams’ oeuvre: in Vienna and the USA, Mutter performs his Violin Concerto No. 2, of which she is the dedicatee, and a selection of the virtuoso adaptations of film scores Williams created especially for her. These performances are conducted by the composer. Chamber music programmes are also planned: violin sonatas and piano trios by Wolfgang Amadeus Mozart with Lambert Orkis and the cellists Maximilian Hornung and Lionel Martin. Further recitals with her long-standing piano partner will feature works by Beethoven, Franck and Mozart. During a chamber music tour with active and former fellows of her foundation, she will perform Beethoven’s String Quartet in G-major Op. 18 No 2, Haydn’s String Quartet in E-flat-major Op. 20 No. 1 and Jörg Widmann’s Studie über Beethoven, which she gave the world premiere of in Tokyo on February 22, 2020.

In March 2022 the Krzysztof Penderecki Academy of Music in Krakow bestowed an honorary doctorate upon her. In October 2019, Anne-Sophie Mutter was honoured to receive the Praemium Imperiale in the music category; in June she received the Polar Music Prize. Poland awarded the Gloria Artis Gold Medal for Cultural Achievements to Anne-Sophie Mutter in March 2018, making her the first German artist to receive such an honour. In February 2018 she was named an Honorary Member of the Accademia Nazionale di Santa Cecilia. Romania awarded the Order of Cultural Merit in the rank of a Grand Officer to Anne-Sophie Mutter in November 2017; during the same month France honoured her by presenting her with the insignia of a Commander of the French Order of the Arts and Literature. In December 2016, the Spanish Ministry of Education, Culture and Sports awarded her the “Medalla de oro al Mérito en las Bellas Artes” (Gold Medal for Merits in the Fine Arts). In January 2015 Anne-Sophie Mutter was named an Honorary Fellow of Keble College at the University of Oxford. In October 2013 she became a Foreign Honorary Member of the American Academy of Arts and Sciences, after winning the medal of the Lutoslawski Society (Warsaw) in January. In 2012 the Atlantic Council bestowed the Distinguished Artistic Leadership Award upon her. In 2011 she received the Brahms Prize as well as the Erich Fromm Prize and the Gustav Adolf Prize for her social activism. In 2010 the Technical-Scientific University of Norway in Trondheim bestowed an honorary doctorate upon her; in 2009 she won the European St. Ulrich Award as well as the Cristobal Gabarron Award. In 2008 Anne-Sophie Mutter was the recipient of the International Ernst von Siemens Music Prize as well as the Leipzig Mendelssohn Prize. The violinist has been awarded the German Grand Order of Merit, the French Medal of the Legion of Honour, the Bavarian Order of Merit, the Decoration of Honour for Services to the Republic of Austria, and numerous other honors. 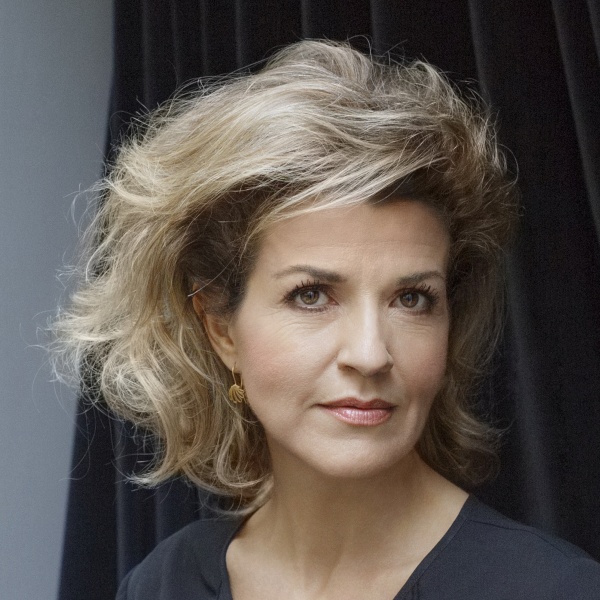 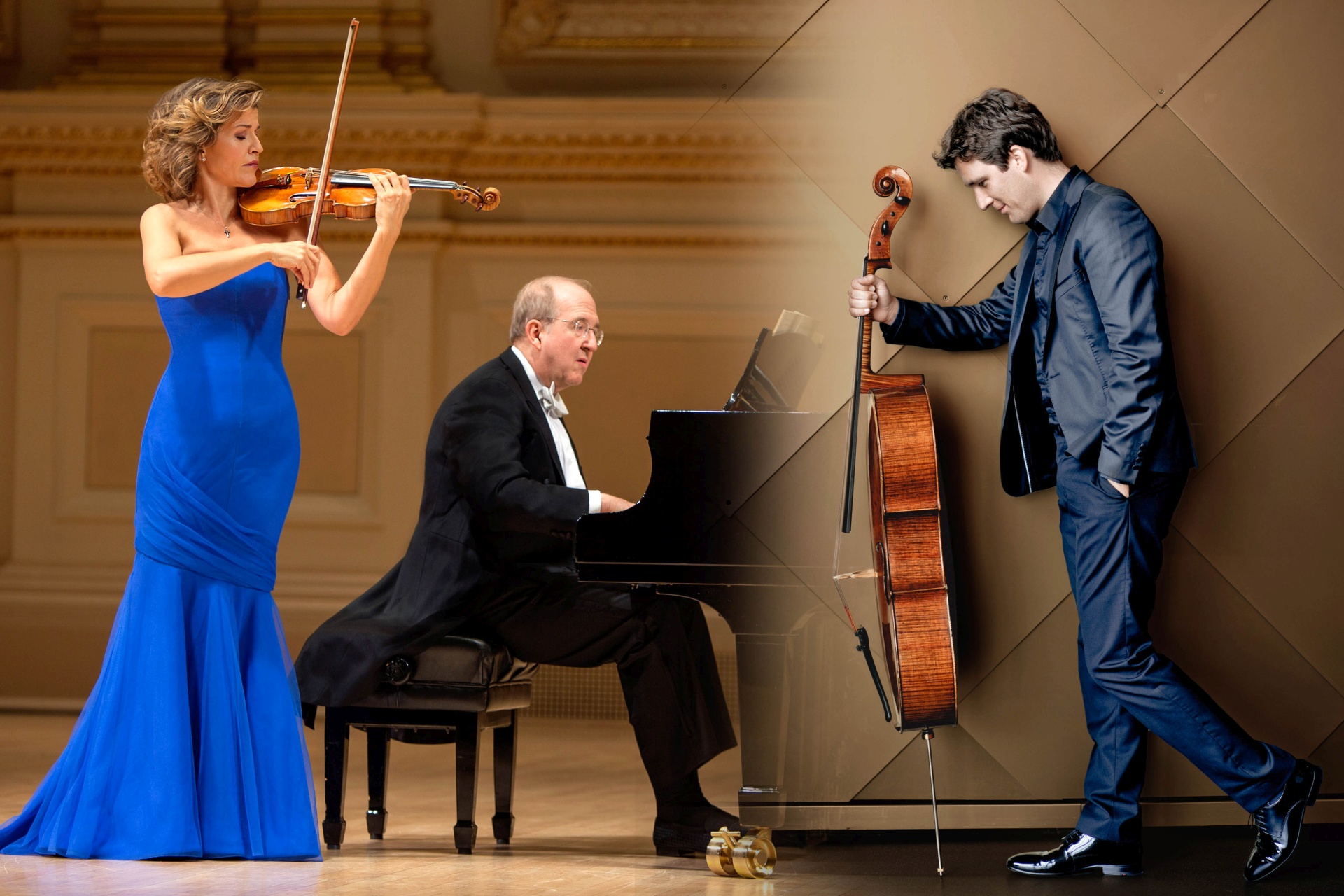