Ronald Brautigam has deservedly earned a reputation as one of Holland’s most respected musicians, remarkable not only for his virtuosity and musicality but also for the eclectic nature of his musical interests. He has received numerous awards including the Dutch Music Prize and a 2010 MIDEM Classical Award for best concerto recording for his CD of Beethoven Piano Concertos with the Norrköping Symphony Orchestra conducted by Andrew Parrott.

Besides his performances on modern instruments Ronald Brautigam has established himself as a leading exponent of the fortepiano, working with orchestras such as the Orchestra of the Age of Enlightenment, 18th Century Orchestra, Tafelmusik, the Freiburg Baroque Orchestra, the Hanover band, Concerto Copenhagen and l’Orchestre des Champs-Elysées.

Ronald Brautigam’s highly successful association with BIS began in 1995. His extensive discography of over 50 discs for the label so far includes the complete works of Mozart and Haydn on fortepiano and Mendelssohn Piano Concertos with Nieuw Sinfonietta Amsterdam. In 2004 he released the first of his 17-CD Beethoven cycle on fortepiano, the 17th volume of which was released in April 2017. After the first six volumes the series had already become firmly established as the benchmark cycle on fortepiano. According to US magazine Fanfare “this could be a Beethoven piano-sonata cycle that challenges the very notion of playing this music on modern instruments, a stylistic paradigm shift.”

Besides his work for BIS, Ronald Brautigam has recorded piano concertos by Shostakovich, Hindemith and Frank Martin with the Royal Concertgebouw Orchestra conducted by Riccardo Chailly for Decca, and has made several recordings with his long-standing duo-partner, violinist Isabelle van Keulen. Brautigam’s recordings have earned a number of awards including two Edison Awards, a Diapason d’Or de l’année, a MIDEM Classical Award for best solo piano recording (2004) and in 2010 he won the MIDEM Classical Award for best concerto recording.

Ronald Brautigam was appointed a Professor at the Musik-Akademie in Basel in 2011. 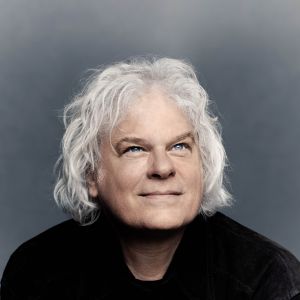