0
Greeting from the Festival Patron 2022 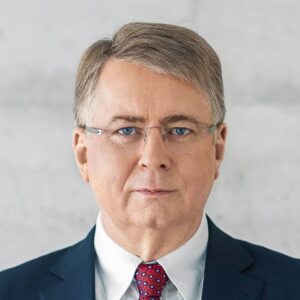 Patron of the 2022 Ruhr Piano Festival

For 34 years, the Ruhr Piano Festival has stood as an impressive, constant cultural presence in a region that is in continual flux. We at the RAG Foundation are profoundly committed to a sustainable transformation of the Ruhr Area, and cultural promotion plays an outstanding role in our activities. Thus, as managing director of the RAG-Stiftung, I am particularly thrilled that our foundation is offering the Festival its support this year as its main sponsor. During my time as moderator of the Circle of Ruhr Initiatives, I already had the pleasure of accompanying the Ruhr Piano Festival as our cultural flagship project; now I am honored to stand at its side as the patron of this year’s Festival edition.

Festival Director Franz Xaver Ohnesorg has chosen the title Lebenslinien (Lifelines) as this year’s main focus, in order to highlight the biographies of all the incredible artists he attracts to the Ruhr region, year after year, for a unique series of concerts. With many of them, Prof. Ohnesorg cultivates a close, personal friendship that often goes back decades. Combined with his open-mindedness for young talents and his unshakeable optimism, it is he who manages to ensure that these first-class musical events can take place in a frequency and quantity unrivalled anywhere else in the world.

Launched in 2006, the Festival’s Education Program encourages and supports the musical and linguistic development of schoolchildren in socially disadvantaged neighborhoods, particularly Duisburg-Marxloh. This initiative has received a number of major prizes in the areas of culture, youth, and education, and is widely acknowledged as a model project that works in favor of the long-term advancement of children and adolescents; in the meantime, similar projects have emerged in other German regions, and they follow the same successful concept. During the pandemic, the education team was able to ensure a continual offer of sessions, workshops, and rehearsals, thanks to the clever use of digital technology. In 2022, with the German première of Luciano Berio’s Twice upon…, the Education Team will be working for the first time on an international coproduction, featuring schoolchildren and musicians from Paris.

Admittedly, none of this would be possible without the active commitment of many sponsors and donors who have remained faithful to the Festival for many years: last not least, the Circle of Ruhr Initiatives, which has remained the Festival’s general sponsor ever since this cultural event was launched 34 years ago. Now, in times as difficult as these, it remains important to fortify the Festival for the future: for instance, I heartily invite you to become a member of the Association of Friends and Promoters, or to become a private donor in our Jubilee Circle. Feel free to an e-mail to freunde@klavierfestival.de or to jubileecircle@klavierfestival.de – the Festival Director will respond in person!

I wish you and all of us a wonderful, inspiring Festival season that will hopefully help us to forget the restrictions and difficulties we have all experienced over the past months!

Patron of the 2022 Ruhr Piano Festival

Chairman of the Board of the RAG Foundation