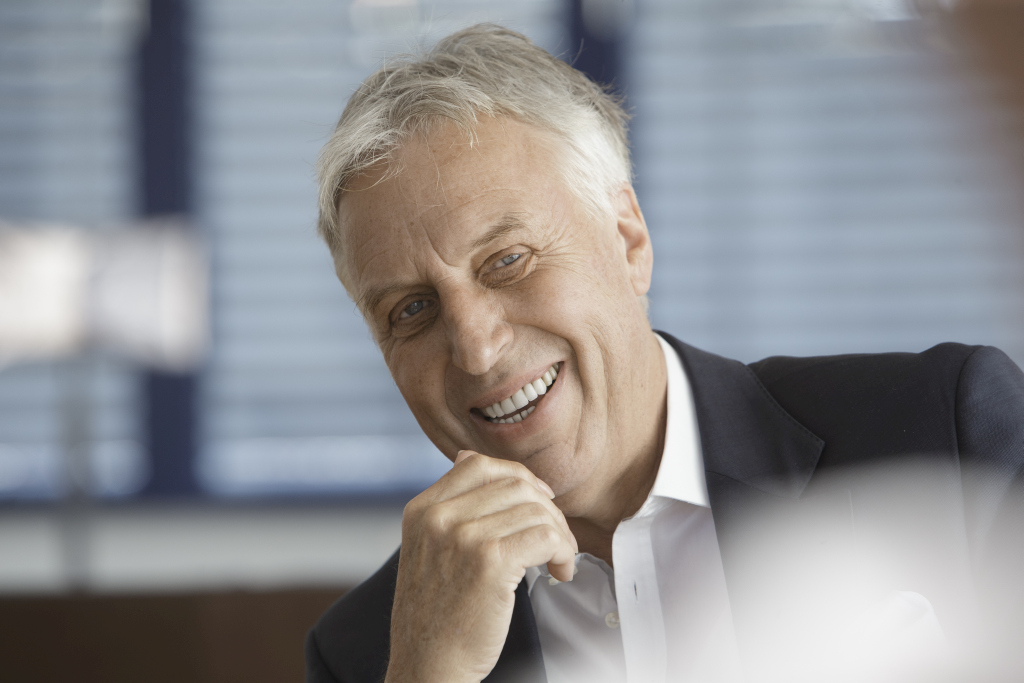 The kind of economic transformation that has taken place in the Ruhr Region, which we have done our best to promote as members of the Ruhr Circle of Initiatives, requires a series of cultural mainstays as well as the application of durable, reliable policies. Otherwise, our society would drift apart. If we want to modify underlying structures, we need to convince the hearts and minds of people by giving them the orientation they need. Over the course of the last three decades, the Ruhr Piano Festival has become a perennial mainstay within a region caught up in structural flux. As the Circle of Initiative’s cultural flagship, the Festival has formed part of our project portfolio ever since moderators Alfred Herrhausen and Rudolf von Bennigsen-Foerder first launched the idea. In parallel with the Ruhr Area’s successful 30-year economic transformation, “our” Piano Festival has become an internationally acclaimed major musical event, drawing over 50,000 annual visitors.

The Festival’s story shows that it is worth the effort to keep on forging ahead, trying out new ideas and maintaining one’s will to succeed. Remember: at the time the Festival was first launched, the Zollverein in Essen was still a closed mine shaft; the former industrial complex now belongs to the roster of UNESCO World Heritage Sites. The Bochum Symphony Orchestra did not have its own concert hall. Duisburg-Rheinhausen was a symbol for the decline of the steel industry. Today, Rheinhausen serves as headquarters for “logport 1”. The former port authority, now the Duisburger Hafen AG, has established the city of Duisburg as the central hub for European logistics. With the same élan we have teamed up with international partners to make the port of Duisburg the pivotal hub for trade between China and Europe. We regard the Ruhr Piano Festival as a welcome partner in our endeavor. Since time immemorial, culture – particularly music – has helped build bridges among the peoples who live along the routes of successful transnational commercial exchange. It was once that way along the Silk Road between Asia and Europe, and is to become so once more. We at Duisport also want to operate via the Ruhr Piano Festival to support a series of initiatives that will facilitate and consolidate international cultural encounters. The more cultural points we have in common, the better for education and personal development among us as equals.

And we have already started to put this in practice at our home front door. This is particularly evident in the Piano Festival’s highly successful Education Program with a series of projects whose long-term effects are particularly visible in our own city. Whether it be inclusive dance projects, creative workshops with musical instruments, early childhood music education, or long-term support of disadvantaged children and youngsters: what we see is that making music together is something that unites human beings. Particularly young people coming from an emigration background, whose parents do not speak German as a mother tongue, discover an unexpected potential for communication among themselves in our workshops. The Ruhr Piano Festival Education Program brings children and youngsters from the greatest imaginable variety of backgrounds in Duisburg and Bochum together in a series of cultural activities. And not just in Duisburg! The Festival also brings such musical education with positive long-term effects to the cities of Dorsten, Essen, Gladbeck, and Marl. Beyond such concrete examples, the Festival educational websites www.klaverfestival.de/education und www.explorethescore.org provide any user with a multitude of musical insights and class materials that enable teachers anywhere in the world to apply these innovative education projects in the classroom.

The Ruhr Piano Festival draws its energy from the heartfelt commitment of many individuals who are passionate about music. As the Ruhr Circle of Initiatives’ cultural flagship, it deliberately avoids any dependence on public funds: instead, a multitude of talented people offer their support and know-how in different roles and functions to ensure its success. Thus I wish to extend my heartfelt thanks to all sponsors, financial partners, friends, and supporters who ensure that this exceptional concert series can take place year after year. I especially thank Professor Franz-Xaver Ohnesorg and his dynamic team for their engagement. Once again, for 2020, they have managed to put together a program of events that are fascinating and well worth attending. I am very glad to assume the patronage of this project which means so much to our region, and I am thrilled that the Duisburger Hafen AG is supporting the Piano Festival as its Main Sponsor for 2020. As a central hub for European logistics, the Duisburg Port Authority works in favor of reliable connections and interconnected coexistence, just as the Festival does – in Duisburg, and worldwide.

Dear music lovers, I wish you all an extraordinary 32nd season of the Ruhr Piano Festival; with you, I am looking forward to a series of unforgettable musical moments.