By awarding the 2023 Ruhr Piano Festival Prize to Anne-Sophie Mutter, we are honoring and celebrating a globally acclaimed artist who has been closely associated with the Festival since 1995. This year we are welcoming her for the 15th time, and each of Anne-Sophie Mutter’s appearances is a unique experience for the audience, whether she enters the stage with pianist Lambert Orkis, her duo partner for many years (on 6 occasions at the Festival until now), or whether she performs in chamber music formations in the company of Ayami Ikeba (2007), Lauma Skride (2020), Yefim Bronfman (2016), and cellist Daniel Müller-Schott whom she supports (2004), or with two chamber music partners who passed away too soon: Sir André Previn (2004, 2009) and Lynn Harrell (2009, 2016). 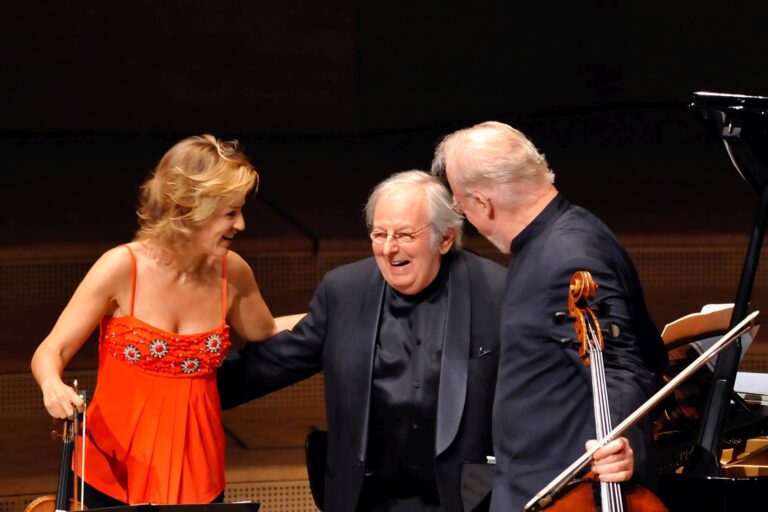 We are particularly grateful to Anne-Sophie Mutter for having shared the initiative with us to collaborate with Konzerthaus Dortmund in a charity concert to help Ukrainian children. On that occasion, Anne-Sophie Mutter shared the stage with pianist Lauma Skride, cellist Pablo Ferrández, and the Cologne Chamber Orchestra (Kölner Kammerorchester) conducted by Christoph Poppen in Beethoven’s magnificent Triple Concerto. 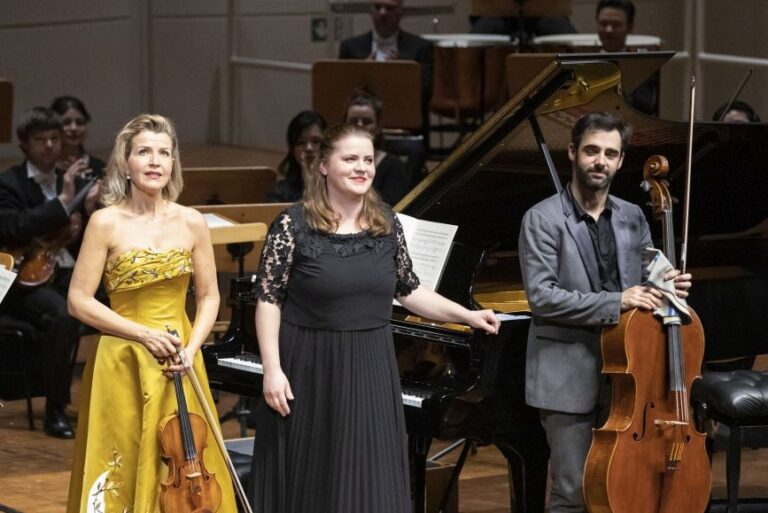 She has donated two further appearances to the Ruhr Piano Festival Foundation, thus actively contributing to securing our Festival’s future. The first of those performances took place at the 2016n Jubilee Circle Gala in Gartrop Castle. On the second occasion, she once more impressively proved her friendship and commitment to the Ruhr Piano Festival by giving a thrilling performance with Khatia Buniatishvili of three pieces from Gershwin’s Porgy and Bess for the Second Foundation Concert in Wuppertal’s Historische Stadthalle in 2018. 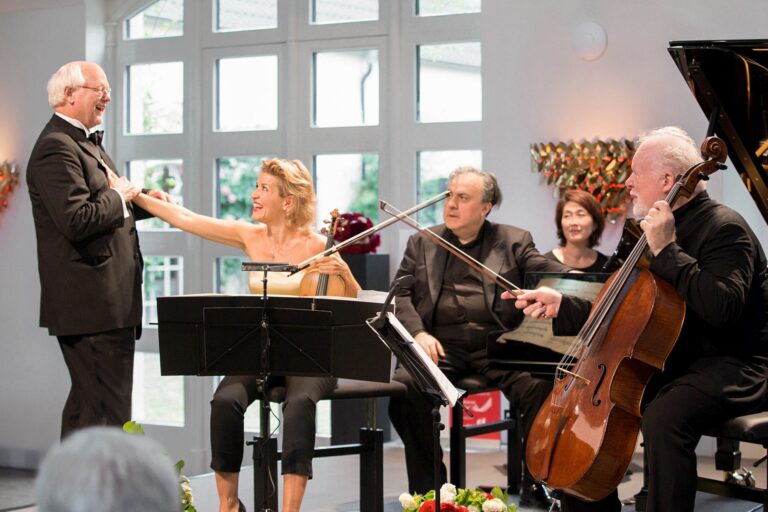 In her own foundation, Anne-Sophie Mutter has been actively and passionately engaged for many years in the promotion young, talented artists: scholarship holders include cellists Kian Soltani, Pablo Ferrández, and Maximilian Hornung, as well as violinist Mohamed Hiber, all of whom have enriched our concerts by performing with Anne-Sophie Mutter at the Ruhr Piano Festival.

She has always had an open ear and an open heart for the music of our times: thus, we are grateful to her for a number of German or European premières, including the German première of André Previn’s Trio for Piano, Violin and Cello in 2009, and the 2014 European première of Previn’s 2nd Violin Sonata, a work commissioned by Anne-Sophie Mutter and by the Festival. That same year, she also gave the European première of Krzysztof Penderecki’s “La Follia” for solo violin.

In view of all these unique, wonderful musical moments we have experienced thanks to her ebullient musicianship and her violin sound of unparalleled beauty – last not least, in view of her faithful commitment to the Ruhr Piano Festival, for her friendship – we wish to thank Anne-Sophie Mutter on 2 June 2023 by awarding her this year’s Ruhr Piano Festival Prize, the last one that will be presented by Director Franz Xaver Ohnesorg.