Laureate of the Ruhr Piano Festival 2015

Renaissance woman Hélène Grimaud is not just a deeply passionate and committed musical artist whose pianistic accomplishments play a central role in her life. She is a woman with multiple talents that extend far beyond the instrument she plays with such poetic expression and peerless technical control. The French artist has established herself as a committed wildlife conservationist, a compassionate human rights activist and as a writer.

Grimaud was born in 1969 in Aix-en-Provence and began her piano studies at the local conservatory with Jacqueline Courtin before going on to work with Pierre Barbizet in Marseille. She was accepted into the Paris Conservatoire at just 13 and won first prize in piano performance a mere three years later. She continued to study with György Sándor and Leon Fleisher until, in 1987, she gave her well-received debut recital in Tokyo. That same year, renowned conductor Daniel Barenboim invited her to perform with the Orchestre de Paris: this marked the launch of Grimaud’s musical career, characterised ever since by concerts with most of the world’s major orchestras and many celebrated conductors.

Between her debut in 1995 with the Berliner Philharmoniker under Claudio Abbado and her first performance with the New York Philharmonic under Kurt Masur in 1999 – just two of many notable musical milestones – Grimaud made a wholly different kind of debut: in upper New York State she established the Wolf Conservation Center.

Her love for the endangered species was sparked by a chance encounter with a wolf in northern Florida; this led to her determination to open an environmental education centre. “To be involved in direct conservation and being able to put animals back where they belong,” she says, “there’s just nothing more fulfilling.” But Grimaud’s engagement doesn’t end there: she is also a member of the organisation Musicians for Human Rights, a worldwide network of musicians and people working in the field of music to promote a culture of human rights and social change.

For a number of years, she also found time to pursue a writing career, publishing three books that have appeared in various languages. Her first, Variations Sauvages, appeared in 2003. It was followed in 2005 by Leçons particulières, and in 2013 by Retour à Salem, both semi-autobiographical novels.

It is, however, through her thoughtful and tenderly expressive music-making that Hélène Grimaud most deeply touches the emotions of audiences. Fortunately, they have been able to enjoy her concerts worldwide, thanks to the extensive tours she undertakes as a soloist and recitalist. A committed chamber musician, she has also performed at the most prestigious festivals and cultural events with a wide range of musical collaborators, including Sol Gabetta, Rolando Villazón, Jan Vogler, Truls Mørk, Clemens Hagen, Gidon Kremer, Gil Shaham and the Capuçon brothers. Her prodigious contribution to and impact on the world of classical music were recognised by the French government when she was admitted into the Ordre National de la Légion d’Honneur (France’s highest decoration) at the rank of Chevalier (Knight).

Her early recordings include Credo and Reflection (both of which feature a number of thematically linked works); a Chopin and Rachmaninov Sonatas disc; a Bartók CD on which she plays the Third Piano Concerto with the London Symphony Orchestra and Pierre Boulez; a Beethoven disc with the Staatskapelle Dresden and Vladimir Jurowski which was chosen as one of history’s greatest classical music albums in the iTunes “Classical Essentials” series; a selection of Bach’s solo and concerto works, in which she directed the Deutsche Kammerphilharmonie Bremen from the piano; and a DVD release of Rachmaninov’s Second Piano Concerto with the Lucerne Festival Orchestra and Claudio Abbado.

In 2010 Grimaud recorded the solo recital album Resonances, showcasing music by Mozart, Berg, Liszt and Bartók. This was followed in 2011 by a disc featuring her readings of Mozart’s Piano Concertos Nos. 19 and 23 as well as a collaboration with singer Mojca Erdmann in the same composer’s Ch’io mi scordi di te?. Her next release, Duo, recorded with cellist Sol Gabetta, won the 2013 Echo Klassik Award for “chamber recording of the year”, and her album of the two Brahms piano concertos, the First recorded with Andris Nelsons and the Bavarian Radio Symphony Orchestra, the Second with Nelsons and the Vienna Philharmonic, appeared in September 2013.

This was followed by Water (January 2016), a live recording of performances from tears become… streams become…, the critically-acclaimed large-scale immersive installation at New York’s Park Avenue Armory created by Turner Prize-winning artist Douglas Gordon in collaboration with Grimaud. Water features works by nine composers: Berio, Takemitsu, Fauré, Ravel, Albéniz, Liszt, Janáček, Debussy and Nitin Sawhney, who wrote seven short Water Transitions for the album as well as producing it. April 2017 then saw the release of Perspectives, a two-disc personal selection of highlights from her DG catalogue, including two “encores” – Brahms’s Waltz in A flat and Sgambati’s arrangement of Gluck’s “Dance of the Blessed Spirits” – previously unreleased on CD/via streaming.

Grimaud’s next album, Memory, was released in September 2018. Exploring music’s ability to bring the past back to life, it comprises a selection of evanescent miniatures by Chopin, Debussy, Satie and Valentin Silvestrov which, in the pianist’s own words, “conjure atmospheres of fragile reflection, a mirage of what was – or what could have been”.

For her most recent recording, The Messenger, Grimaud created an intriguing dialogue between Silvestrov and Mozart. “I was always interested in couplings that were not predictable,” she explained, “because I feel as if certain pieces can shed a special light on to one another.” Together with the Camerata Salzburg, she recorded Mozart’s Piano Concerto K466 and Silvestrov’s Two Dialogues with Postscript and The Messenger – 1996, of which she also created a solo version. Mozart’s Fantasias K397 and K475 complete the programme. The Messenger was released in October 2020.

Hélène Grimaud began the 2021-22 season with a performance of the Schumann Piano Concerto with the Los Angeles Philharmonic at the Hollywood Bowl. Her forthcoming plans include performances of Ravel’s Piano Concerto in G major with the Houston Symphony and Matthias Pintscher (November) and the Seattle Symphony and Peter Oundjian (December); the Schumann in Zurich with the Tonhalle Orchester Zürich and Paavo Järvi (January 2022) and with the Bamberger Symphoniker and Jakub Hrůša on tour in Bad Kissingen, Düsseldorf, Hanover, Cologne and Dortmund (February); and Mozart’s Piano Concerto K466 with the Camerata Salzburg in Luxembourg, Berlin, Munich, Freiburg, Paris and Hamburg (February/March).

Hélène Grimaud is undoubtedly a multi-faceted artist. Her deep dedication to her musical career, both in performances and recordings, is reflected and reciprocally amplified by the scope and depth of her environmental, literary and artistic interests. 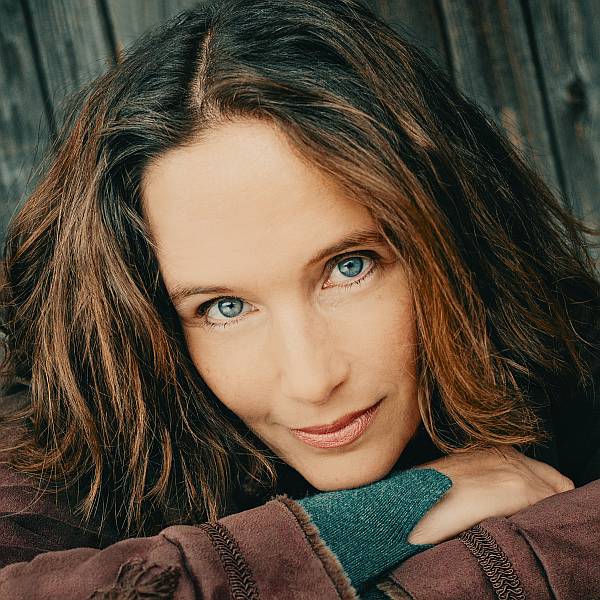 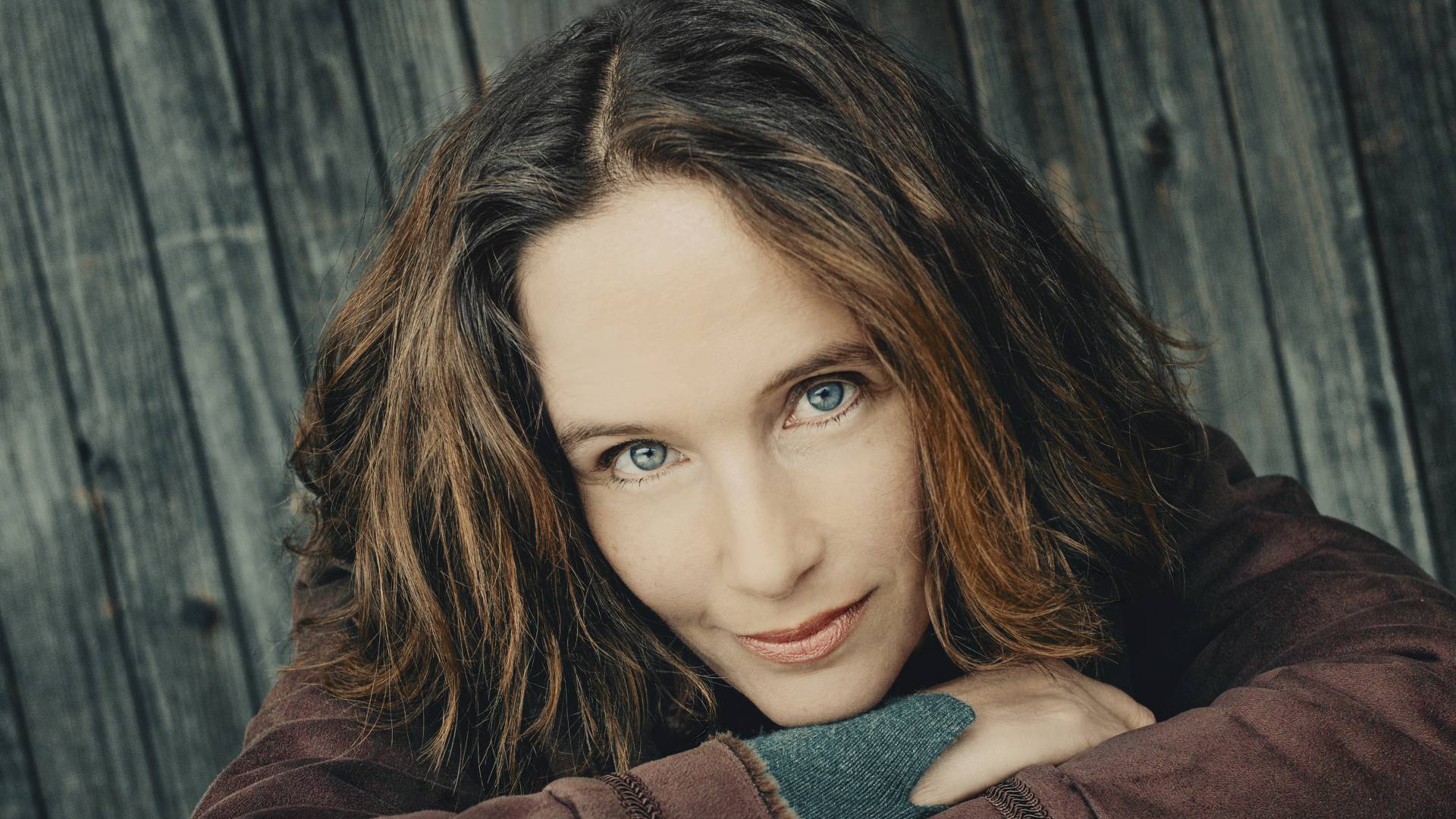