0
Welcome from the Director 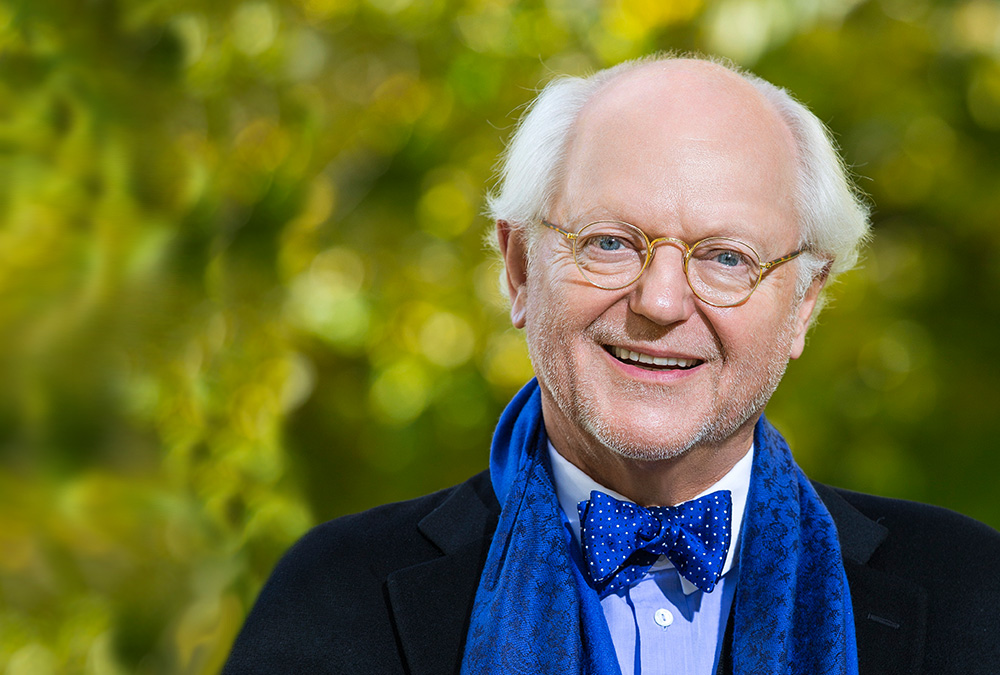 Director of the Ruhr Piano Festival

President of the of the Ruhr Piano Festival Foundation

admittedly, not everything can fully return to normal in Year 3 of the Corona pandemic; we are nevertheless confident that we will be able to resume the concert life we love! Thus, we are scheduling this year’s Ruhr Piano Festival in the usual time period of late spring and early summer: from 30 April to 9 July 2022. Once more this year, we can look forward to a great number of highly attractive concerts featuring the great pianists of our time along with fascinating debut performances!

Many major artists have cultivated a relationship of friendship with the Festival for many years: their marvelous performances have become an integral part of our successful history. As a gesture of thanks to them for their loyalty and affection, I have chosen “Lifelines” as the motto for the 2022 Festival edition. This year we intend to place a particular focus on all those artists who have honored our invitations – for decades, in some cases. It is indeed remarkable that a legendary, outstanding artist of the likes of Martha Argerich is already making her 29th appearance in the Ruhr Region this year. We were able to launch 2022 with her acclaimed recital in Wuppertal on 24 January with Mischa Maisky and Gidon Kremer, whose 75th birthday we were likewise celebrating, and who has inspired many lasting musical friendships at the Lockenhaus Chamber Music Festival he initiated in 1981.
It is incredible to note that the great Alfred Brendel will be making his 28th appearance this year at the Ruhr Piano Festival. He has put together a lecture evening on the subject “Goethe and Beethoven” and has chosen to have a young pianist at his side whose lifeline proves that pianists with decade-spanning careers are not the only artists who perform here in a frequency and density that are unique worldwide. Fabian Müller is only 31 years old, but he will already be giving his 22nd performance this year at the Festival. This is due, in great part, to his faithful participation over the years in our Education Program with which he is closely associated, Jan Lisiecki is only 26 years old, but he will be making three appearances this year: for instance, we are planning to catch up on his interpretation of all five Beethoven piano concertos with the Chamber Orchestra of Europe, originally scheduled for 2020. It will thus be the 14th time he will have appeared at the Festival.

We are looking forward to welcoming many other fabulous artists who have remained faithful to the Festival all this time. Grigory Sokolov and Elena Bashkirova are each performing here for the 24th time; Gerhard Oppitz for the 22nd, Arcadi Volodos for the 18th, Igor Levit for the 17th (ever since his Festival début in 2011), and Hélène Grimaud likewise for the 17th time. We are looking forward to happy reunions with Till Fellner (for the 14th time), Olli Mustonen (for the 13th), Emanuel Ax and Mona Asuka (each performing at the Festival for the 12th time), Martin Stadtfeld (for the 11th) and Alice Sara Ott, who is already playing for the tenth time at the Festival.
I am particularly thrilled to welcome the fabulous Lieder accompanist Graham Johnson once again. He will be playing his 52nd Festival recital. This year, at Herten castle, he teams up with the excellent baritone Benjamin Appl for a performance of Schubert’s Winterreise. And we will be featuring two further thoroughly promising Lieder recitals: baritone Matthias Goerne is singing for the sixth time at our event, and this year he is teaming up with no one lesser than the great Daniil Trifonov. Soprano Eva Vogel returns for the fifth time: on this occasion, with pianist Inga Fiolia.

We will also be presenting several top-class piano duos this year, including pairings of artists whom you have never heard together before. The legendary Sir András Schiff appears for the 24th time at the Festival with an equally distinguished partner at the piano: Evgeny Kissin, whom we are welcoming for the 6th time. Returning to the Festival for the 18th time, Canadian virtuoso Marc-André Hamelin will be giving his Festival debut as chamber musician, sharing the stage with fellow-pianist Leif Ove Andsnes, who is thus making his 6th appearance at our event. For her 14th performance since her German début at the Festival in 2009, the wonderful Khatia Buniatishvili is bringing young pianist Sodi Braide as duo partner. And naturally we could not go without the fabulous Dutch duo consisting of brothers Lucas und Arthur Jussen, who are performing at the Festival for the 4th time! And I am particularly thrilled that this year’s Ruhr Piano Festival Prize will likewise be conferred to a piano duo: Yaara Tal and Andreas Groethuysen have been delighting Festival audiences with exciting, creative programming ever since 1997, and will now perform for the 18th time. You can read more about these wonderful artists and the Ruhr Piano Festival Prize HERE!

Of course, we are also looking forward to welcoming a great number of young artists who will be appearing at the Ruhr Piano Festival for the very first time. We will thus be featuring Canadian pianist Bruce Liu (the winner of the 2021 Chopin Competition); the young Alexandra Dovgan (whose début had to be postponed several times during the pandemic); Tom Borrow, Giorgi Gigashvili, Elena Fischer-Dieskau, and Jeneba Kanneh-Mason, whose older sister Isata already thrilled us in a solo recital last year.

We are looking forward to a special highlight with the world première of a new double concerto for piano and cello which the Festival has commissioned from eminent Cologne composer York Höller, featuring Martin Helmchen and Marie-Elisabeth Hecker as soloists with the Cologne Chamber Orchestra conducted by Christoph Poppen. York Höller will also be the subject of a portrait recital performed by young pianist Hanni Liang, who will present a series of works spanning several decades of Höller’s multifaceted creative output.

Our JazzLine series also welcomes several faithful friends. Michel Camilo is thus returning to the Festival for the 19th time; Jacky Terrasson for the 8th, and Monty Alexander for the 5th. Phenomenal German drummer Wolfgang Haffner is already performing for the 6th time at the Festival, and we are curious and thrilled to hear the début of Simon Oslender, a promising young jazz pianist he will be bringing with him. Chucho Valdés will be giving his sixth recital at the Festival. And we are overjoyed to welcome Hiromi once more, as well as the one-of-a-kind multitalent Chilly Gonzales in his fifth appearance here.

Our multi-award-winning Education Program is conceived to have lasting positive effects on today’s youth and on our region. Ever since 2006, the Festival has been encouraging the musical and linguistic progress of children and youngsters, particularly in the underprivileged neighborhood of Duisburg-Marxloh. Despite sanitary measures and restrictions, we continued to organize our multiple educational activities with great success over these past two years. That is why we will be inviting our schoolchildren to perform on two occasions this year at the Gebläsehalle in Duisburg. We are planning a special event for the 4th of April at the Essen Philharmonie: the German première of Luciano Berio’s Twice upon… as the result of a major cross-border collaboration between schoolchildren from Duisburg, Bochum, and Paris and the professional musicians of Ensemble Musikfabrik (Cologne) and Ensemble Intercontemporain (Paris).

Thus, we can all look forward to this year’s exciting, highly diverse Festival, where we will finally be able to hear many outstanding artists and faithful friends once more in live performances! In order to deal with imponderables due to the pandemic, and with the intention of providing you with up-to-date information on our concerts, advance ticket sales for the Festival will not be launched in mid-January as in other years, but on Friday, 18 February 2022. This year, once more, it is probable that the contingent of tickets available for our concerts will be lower than usual: health protection measures will somewhat limit auditorium capacities. Make sure to order your tickets as early as possible; if your favorite concert is already sold out, don’t hesitate to place yourself on the waiting list. This will allow us to send you a personal message if an improvement in the pandemic situation makes further tickets available.

According to current guidelines, our concerts will foreseeably take place following the German “2G” rule, allowing entrance to vaccinated concertgoers or those who have provenly recovered from COVID. Wearing a mask will likewise be obligatory. We keep our health regulations up-to-date, and you can consult them HERE.

Let us thus look forward together to another thrilling Festival season in 2022! All of this would not be possible without the Ruhr Initiative (our general sponsor), the RAG Foundation (our main sponsor for 2022), partner foundations, corporate sponsors who support individual events, and, last not least, our generous circle of private donors. I extend my heartfelt thanks to each and every one of them!

My team colleagues and I will be thrilled to welcome you back for this concert season.